Unlocking the potential of waste in South Africa 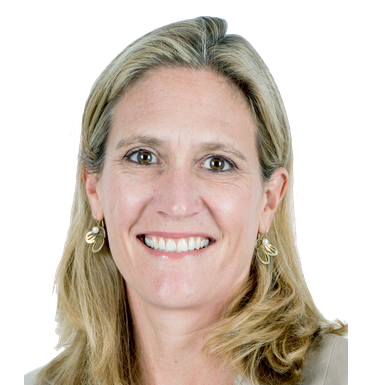 According to Statistics South Africa, the country has an estimated population of 56.5 million, up by 1.61% from 2016. This number is expected to increase to 65.55 million by 2050. When looking at this forecasted growth, it’s critically important that we consider the direct correlation between an increasing population, and waste generation surges, where this not only exists but will have a long-lasting impact if not managed effectively.

This is particularly crucial given that South Africans are already reported to generate 108 million tonnes of waste per annum, with 90% of this waste heading to landfill sites -fast approaching full capacity. In fact, only 10% of this waste is being recycled. These statistics indicate that we have a potential waste crisis on our hands, and one that demands urgent attention.

The good news is that that there are many untapped opportunities to repurpose and reuse waste, creating sustainable products and while South Africa is lagging in this regard, compared to some of the waste management done by our global counterparts, we have certainly made huge strides.

If we look back into the journey of waste, it’s reassuring to see that perceptions around it has evolved, to what it is today. In fact, waste is no longer just waste, many businesses are seeing it as a commodity and are pushing the hand of the waste industry to innovate around effectively repurposing waste into something useful and that enables cost saving opportunities.

The waste–to–energy agenda in South Africa – and Africa for that matter - is one of the most prominent aspects that is leading waste management leadership. It goes far beyond traditional recycling, catapulted by research and innovation.

When you put this into a global perspective, the waste-to-energy capacity increased by approximately four million metric tonnes per year during the 2001 – 2007  period, with countries like Sweden, Japan as well as Germany at the forefront in this regard.

South Africa too, has followed suit and is developing some of the most advanced technology to ensure waste-to-energy can be realised locally.

The exploration of alternative energy has been all the ‘buzz’ of late, particularly in response to the country’s energy challenges. Take Interwaste for example. In 2016, we launched South Africa’s first Refuse Derived Fuel (RDF) plant to reduce waste to landfill and directly contribute towards government’s efforts to reduce the county’s carbon footprint. The plant pioneers general, industrial and municipal waste into alternative fuels – while ensuring less reliance on fossil fuels, that are carbon intensive, such as coal. Taking on average 100 tonnes of general, industrial and municipal waste per month, the company converts this waste into an alternative fuel – used in the cement industry and developed according to European standards. However, the plant has the capacity to process 300 tonnes each month and is aiming towards driving these types of numbers – upon growth of this type of waste product.

This plant offers a more substantial and economic alternative to traditional fuel. In fact, RDF fuel is equivalent to A Grade coal and therefore, forms a very sustainable and robust alternative to fossil fuel use. Such fuels can be used within sole/co-feeding plants and replaces conventional fuels (e.g. coal) in production plants for power generation, steam generation, heat generation, cement kilns and other suitable combustion installations.

Following on this local waste management industry first, Interwaste is also the only net exporter of Refuse Derived Fuel into the international cement industry, thereby contributing to innovative waste management practices in other countries and driving best practice around one of the most advanced waste-to-energy models in industry.

The benefits of Refuse Derived Fuel

Liquid waste and the disposal thereof, is also currently dominating the industry. More specifically, as we move closer to the August 2018 deadline set by the Department of Environmental Affairs, to ban all forms of liquid waste from landfill sites. This follows on a previous set of regulations implemented in 2013 where hazardous waste with a calorific value greater than 25MJ/kg was banned from landfills. Such a move, only challenges the waste management sector to become more forward-thinking in how we can manage the disposal of this type of waste, to the benefit of the environment, as well as delivering value to clients that are generating such waste.

In response to this, and following on our previous relationship with a leading cement manufacturer to develop a blending platform, the first of its kind in Southern Africa, Interwaste have recently built a new blending platform at its Germiston Head Office to repurpose certain liquid wastes for alternative industrial means. The facility receives, stores and blends hazardous waste sludge (liquids and solids) with an inherent calorific value, to be used in the pre-calcining process, as a waste derived fuel (WDF).

This product has been used to replace fossil fuels destined for cement kilns, with waste derived fuels - setting a global standard where waste management practices are concerned. The product is currently on trial with another leading cement manufacturer, and with the August deadline looming, we are optimistic that we will see an increased uptake from the industry at large.

While advancements in the waste-to-energy sector have traditionally been focused on pioneering general, industrial and municipal waste, we are exploring the use of wood chips and offcuts, sourced from companies that manufacture, or use, wood products in their production – those companies that are looking for alternative disposal methods for such wood waste (for example: sawmills, timber facilities, etc.). These wood chips are converted into an alternative energy source in our RDF plant. We have already seen how this type of innovation has taken off in countries like the United States where businesses, electric power producers and industry are using wood and wood waste to produce steam and electricity, and we certainly believe that this will gain solid traction in the local market – especially if we consider the pressure on businesses to reduce their waste to landfill as well as optimise material usage.

Today, we can no longer approach waste management with a linear view – we need to be thinking ahead, adopting best practice from global leaders and adapting this to meet the growing demands of the African market. Waste management is a complex issue, but it is within such complexity where great opportunities lie – giving us the ability to grow and innovate in how we use such waste, to address some of our country’s challenges with environmental preservation at the core.