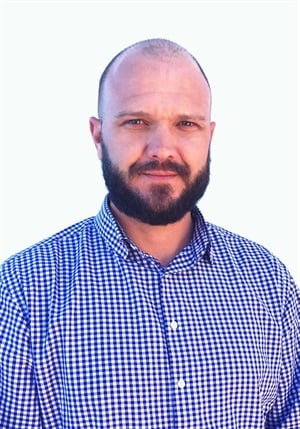 There is a strong movement towards the immediacy of reducing the effects of climate change as so adequately echoed in young Greta Thunberg’s recent UN speech, underpinned by the sentiment - Right Here. Right Now - and as she tackles issues of magnitude in this regard – the question has to be asked, what role does food waste play in the plight against climate change?

“Research shows that each ton of food equates to almost 4.14 tCO2e and that 4.3% of South Africa’s greenhouse gas emissions are from the disposal of organic waste. This indicates not only a high emissions rate, but also provides grounds to argue that food waste is an important contributor to climate change – a contributor that can, and should, be avoided,” says Jason McNeil, CEO at Interwaste.

“What’s worse is that, in a country that is already water scarce, the very food that is being wasted is using up 22% of the country’s water supply through the agricultural process – a significant impact on the larger climate change discussion. As such, there is no doubt that food waste needs to be stopped – not only to curb hunger but as importantly, to make sure that the water used to grow it - is not used in vain.”

“Food waste is a major climate issue, but it is more than that – it is an economic, sustainability and – most importantly, a socio-economic issue. Statistics show that 27% of available food in sub-Saharan Africa is wasted, resulting mostly from production and retail, and that edible food waste through the value chain in South Africa is costing the country R61.5 billion per annum, and 2.1% of National GDP.

In a country that is already economically and socio-economically challenged, we have to ask ourselves - can we afford to waste food and similarly, as a global player, what are we doing to aid the global climate?” adds McNeil.

The answer lies in effective waste management of food waste. Corporate South Africa has a fundamental role to play in reducing the food waste numbers. Minimising wastage and overproduction remain critical but more so, finding ways to reduce and repurpose food waste that is safe and makes financial sense can really create opportunity in other economic areas too. In fact, there is a profound, positive ripple effect and impact of sound food waste management on the country. It provides the opportunity to not only recover foods for redistribution to those in need but also to repurpose food waste through composting, anaerobic digestion and bioremediation.

“The amount of energy wasted each year in South Africa producing food that is not consumed, equates to the amount of power required by the City of Johannesburg for roughly 16 weeks,” says McNeil. “Considering the numbers, there is no doubt that innovative solutions such as anaerobic digestion – that extracts energy from composting food waste and creates a source of power – is a very viable solution to repurposing food waste for socio-economic gain.”

However, if companies themselves are not examining ways in which to set a benchmark for deriving better and more sustainable waste management solutions – solutions that focus beyond the landfill model – alternatives will not make the impact that is needed.

“We are seeing a serious shift in this space – with many companies taking a proactive and committed stance to both reducing and repurposing their food waste. After all, there is much more than just a commercial value for corporate South Africa– there is a socio-economic obligation, ensuring we are helping feed South Africa’s people, and not draining our planet’s resources,” continues McNeil.

To this end, the South African Government has made a global commitment to halve food waste in the country by 2030. In support of this, new laws have been legislated and regulations are being rolled out, all aimed at cleaning-up South Africa and reducing the negative environmental and health impacts caused by waste.

“If we consider the aspects that make up the circular economy– a means to reduce the impact of waste on the global climate – then the effective management of food waste - through the removal of unnecessary excess materials, energy losses and related carbon emissions, allowing the food waste to be ‘fed’ back into the cycle - we enable the reutilisation of a resource to further contribute to the fight for real climate change,” concludes McNeil.